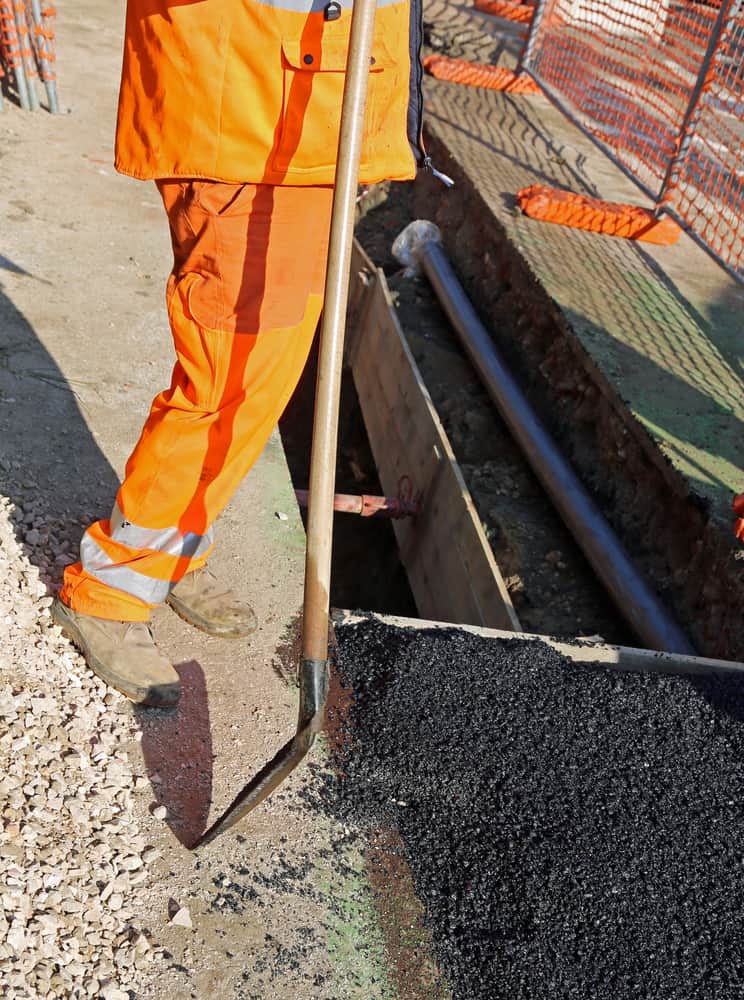 Duck billed shovels are purpose built tools designed for digging and trenching.  These shovels give you a lot more power, and significantly improved efficiency, when you need to move a lot of earth in a hurry.

While maybe not the best tool for digging post holes or getting ready to plant trees, if you’ve got a trench that needs to be taken care of, there’s no better shovel out there.

Let us dig a little deeper into the basic ins and outs of  duck billed shovels, highlighting their early history, illustrating what they do best, and breaking down the benefits that they bring to the table as well.

What Are Duck Billed Shovels?

The name Duck bill came about as this shovel has a uniquely oriented shovelhead that looks like a duck bill. Today, this shovel is also known as a muck scoop or a type of  trenching shovel.

A hybrid combination between a traditional shovel and a pickax, the duck billed shovel are beloved for their ability to make quick work of dense and hard substrates thanks to the shovelhead’s angle.

You’ll be able to chew through a lot more earth when you’re using a duck bill shovel, especially if you’re digging in hard-packed clay or digging in areas where there are many rocks, or there is a lot of gravel.

That is why this shovel became a favorite of those who were mining for gold. The shovel quickly broke apart the layers for quicker access to the gold.

No, you won’t be able to break apart big rocks or boulders with a duck bill shovel the way you might be able to with a full-on pickaxe.

You will be able to tackle pretty much everything short of that with just a couple of quick strikes for sure.

Duck billed shovels started to pop up a lot in the middle 1800s, particularly around the 1849 gold rush in California.

Due to this shovel’s efficiency, people looked to get this shovel to save their backs and reduce their time in breaking up the soil.

They could use the shovel to run sluice lines, dig out drainage for cabins, and generally chip through the earth in a way that traditional shovels couldn’t.

Unsurprisingly, the duck billed shovel took off as the tool to have for trenching.

Today it is still widely used and one of the most beloved “specialty shovels” around.

A purpose-built tool that excels at the job it is designed to do.

If you’ve got a bit of trenching ahead of you and don’t want to use something like an automatic tiller or something similar, you really can’t beat the duck billed shovel.

The Benefits of Duck Billed Shovels

This tool brings a couple of different benefits to the table that other shovels can’t, but the biggest has to be the extra leverage it offers when digging in hard surfaces.

The traditional shovelhead or square head can only create significant real leverage when you dig by your feet, kicking down on the lip of the shovel itself.

Lots of folks can generate plenty of power with their lower body to drive that shovelhead deeper into the dirt before they crank on the handle like a lever.

No matter what, that “stroke” – bringing your foot up and then slamming it down on the shovel – is always going to be a pretty short depth into hard surfaces.

This process will work but will be time-consuming.

Compare that to rearing back with the duck billed shovel over your shoulder, bringing it over the top like you would a traditional axe or pickaxe, and delivering a striking blow with a lot of extra force.

It’s not hard to see why the duck bill is a winner here.

On top of that, the duck bill blade’s angular nature allows it to pull earth better than a traditional shovel can.

It might not be anywhere near as useful as a traditional shovel at punching holes in the ground, especially if you have to dig deeper than the bill of the shovel itself, but if you have to pull earth, like when you are trenching, there’s nothing better.

The shape cuts efficiently through all kinds of earth surfaces, including hardpacked dirt, clay, and gravelly soils that nobody likes to shovel in.

The duck bill cuts down the amount of time you spend doing this type of manual labor because of its unique shape, increasing your efficiency and your output at the same time.

When Should I Use a Duck Billed Shovel?

If you are digging a trench for any reason, then this shovel will be the one to choose.

The bill’s narrow point slices through all kinds of earth, producing less friction and allowing you to pump out 16 inch deep trenches, or more, for hundreds of feet without a lot of extra effort.

If you expect to do a lot of trenching, purchase a duck billed shovel with a long handle and a D ring-style grip at the end.

That’s going to allow you to produce a lot more leverage, helping you dig deeper trenches and longer trenches without wearing your body out.

You can use a duck-billed shovel in rough and rocky soil to create “starter holes.”

Alternatively, you can use it as a miniature pickax in a pinch.

Lastly, you can use them to get underneath rooted plants, stones, and other obstacles that traditional shovels would have been too wide to take care of due to space limitations. 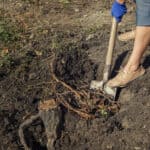 Best Shovels for Digging Up Roots 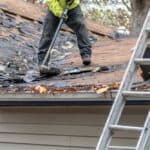 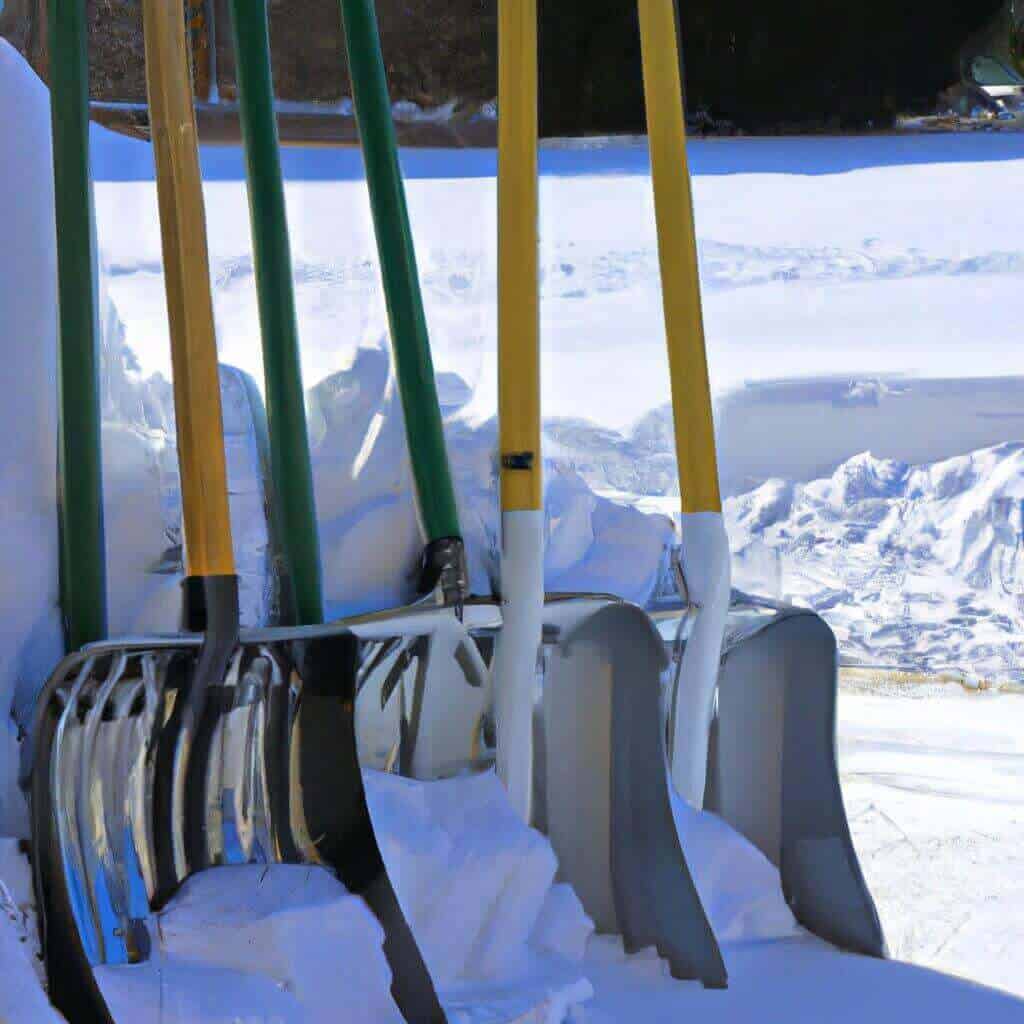 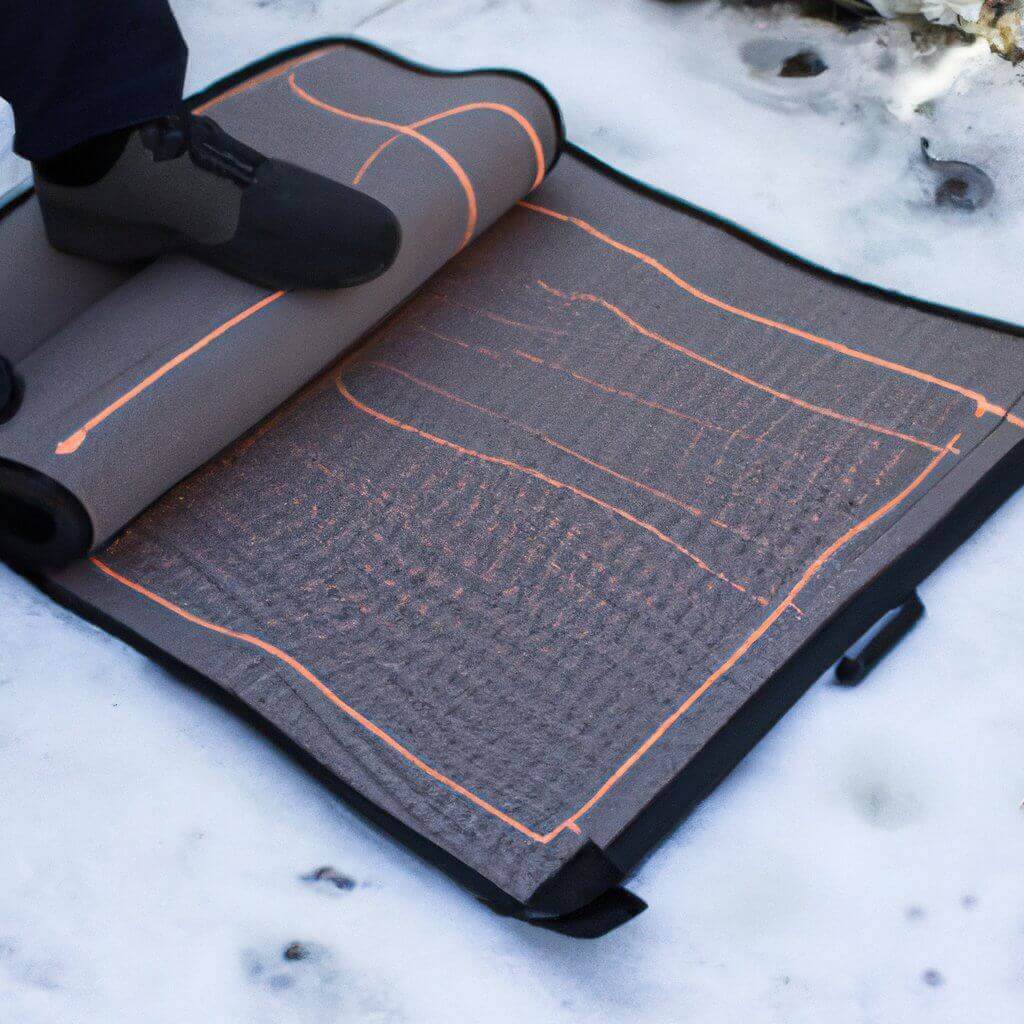