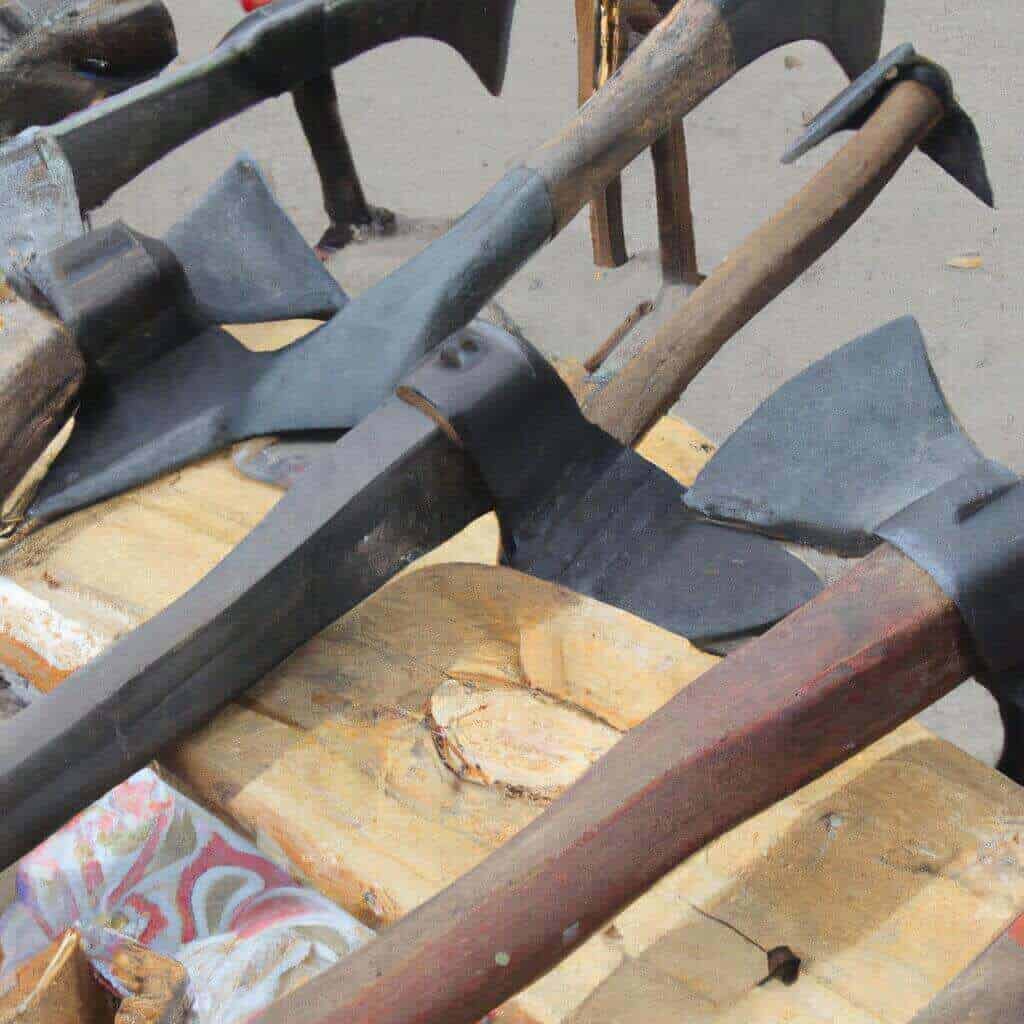 The Canadian axe has been around for centuries, becoming an essential tool in the lives of woodcutters, campers and loggers alike. They are highly sought after due to their superior construction, the balanced weight, and ergonomic handle design. Throughout the years, this specific type of axe has earned itself quite a reputation for being dependable in any situation.

History & Design Of The Canadian Axe

The Canadian axe originated in Canada nearly three centuries ago when European settlers first arrived on North American soil. The axes they brought with them were not great cutters for the hardwoods and the width of the trees found in Canada, so they needed to be redesigned. They increased the weight of the axes poll and reduced the blade’s cutting edge so the axe could cut with little effort when swung.

Axes were a commodity as it was the tool that would help the pioneer live, eat, and have shelter and warmth. Shorter-handled axes were traded with Indigenous people for furs and pelts and gained the name trade axe. Though initially used mainly by fur traders, these axes were explicitly designed to cut through hard friction woods like maple and spruce, which grew plentifully throughout much of Canada. The axe worked so well it quickly gained favour due to its superior cutting ability and ease of use.

Design Of A Canadian Axe

The Canadian axe’s design sets it apart from other axes on the market. Canadian axes were made by blacksmiths who forged cast iron heads or high-quality steel, with heads weighing between two to four pounds, which gave it superior strength while still being relatively lightweight compared to some of its heavier counterparts.

The handles are hickory, a light but strong wood that provides excellent shock absorption while allowing the handle to remain reasonably light in weight. Finally, its curved ergonomic handle makes extended use much more comfortable than other axes, which may have straight handles or too many angles for comfort.

The Difference Between a Canadian Axe and Other Axes

A Canadian axe is often referred to as a Woodsman’s axe, making it an essential tool for those who frequently find themselves in the wilderness.  The Woodsman axe has sub categories of axes which is explained in our guide The Woodsman Axe: A Tool of the Ages.

Due to their superior construction and ergonomically designed handle, Canadian axes have become indispensable tools for many professions, such as forestry workers or hobbyists like campers who use them for firewood gathering or general bushcraft projects. Many people also purchase these axes as collector’s items due to their historical significance and superb craftsmanship when creating each unit.

One of the key benefits of opting for a Canadian axe over other types is its versatility. Due to their well-balanced weight distribution, these tools can efficiently take down small and large tree trunks relatively quickly, something other axes would struggle with in comparison. Furthermore, thanks to their long-lasting construction quality, these tools remain reliable and can be passed on from generation to generation without worrying about them breaking down over time or losing functionality.

Although Canadian axes cost more than most traditional axes you could find in hardware stores, the price tag attached to a genuine Canadian axe often reflects its superior quality and construction materials used, making it more than worth it, especially if you plan on using one during your next camping trip or hunting excursion into the woods.

What is the best axe in the world?

Some people may prefer an aluminum axe for its durability, while others may prefer a carbon fibre axe for its lighter weight. The one that meets your need is ultimately the best.

What are the benefits of using a woodsman axe?

Some benefits of using a woodsman axe include easier tree felling and improved wood-chopping accuracy.

Do butchers have axes?

Yes, butchers do have axes. Axes are usually used to break down large cuts of meat into smaller pieces and can debone, trim, and separate the bones from joints and muscles.

Canadian axes stand out amongst all other varieties of similar tools thanks mainly in part due to their well-crafted design combined with solid construction materials used, which helps make each unit capable of withstanding extreme conditions even after decades of use. 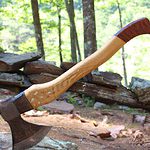 The Woodsman Axe: A Tool of the Ages 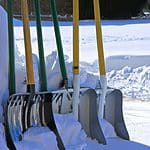 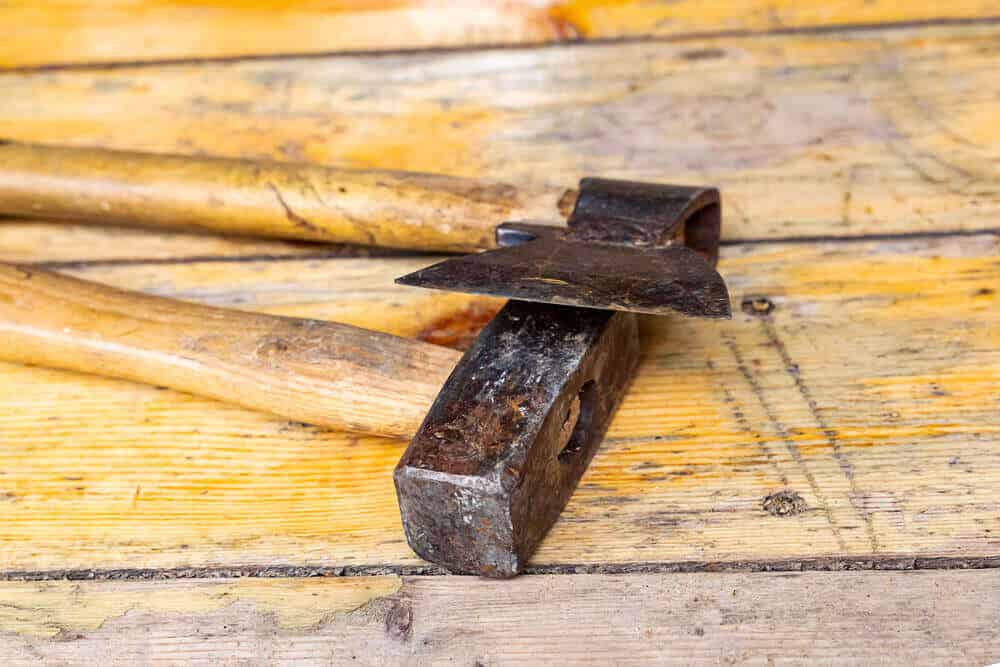 The Differences Between A Maul And An Axe

A maul and an axe are tools used for chopping wood and splitting logs, but their use make them very different in practice. 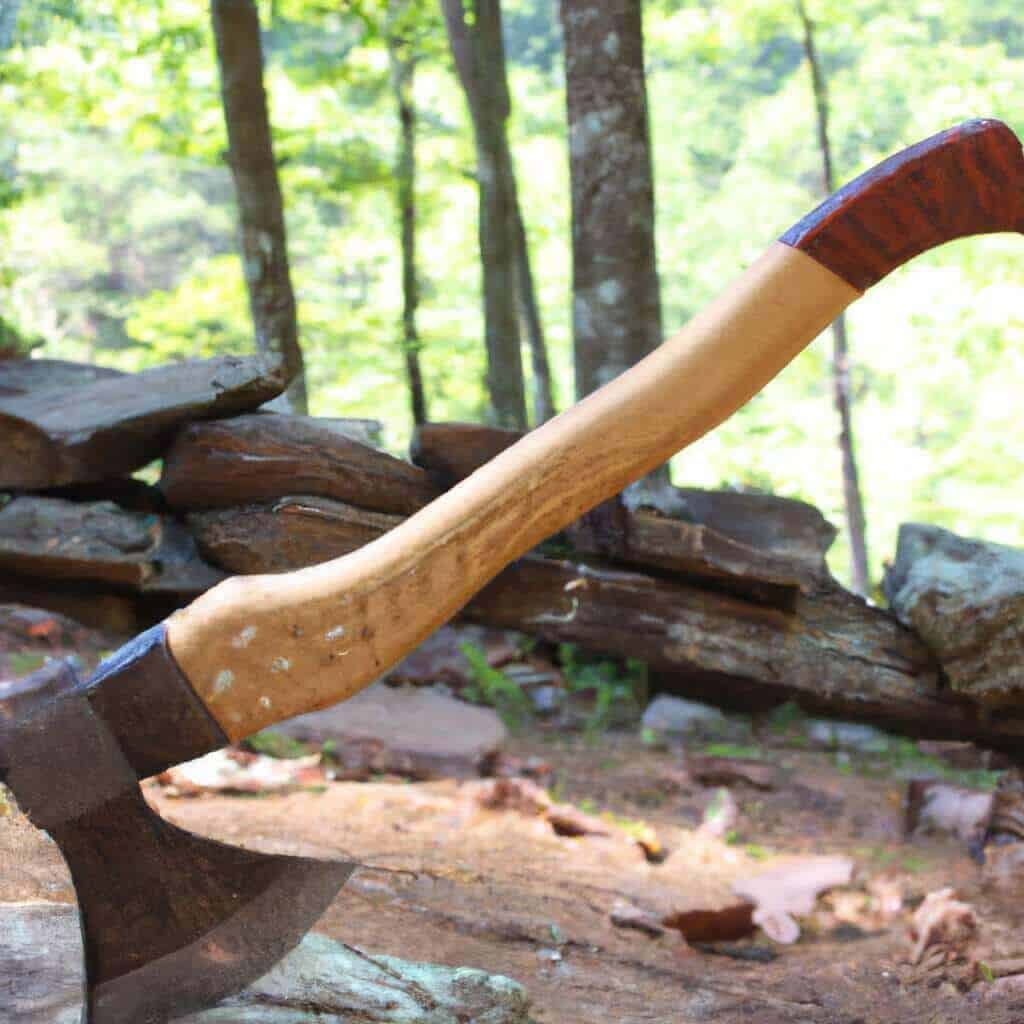 The Woodsman Axe: A Tool of the Ages

The Woodsman axe has been a key tool for generations of outdoors people to cut, hew and split wood. 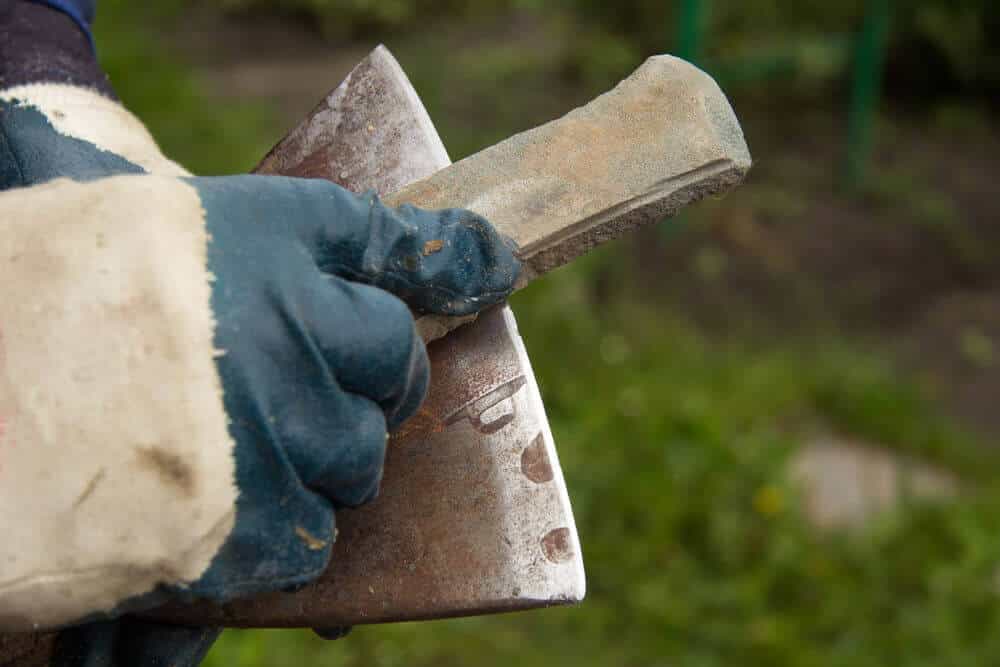 Sharpening an axe can be done on a whetstone or with sandpaper.