The History of Rope 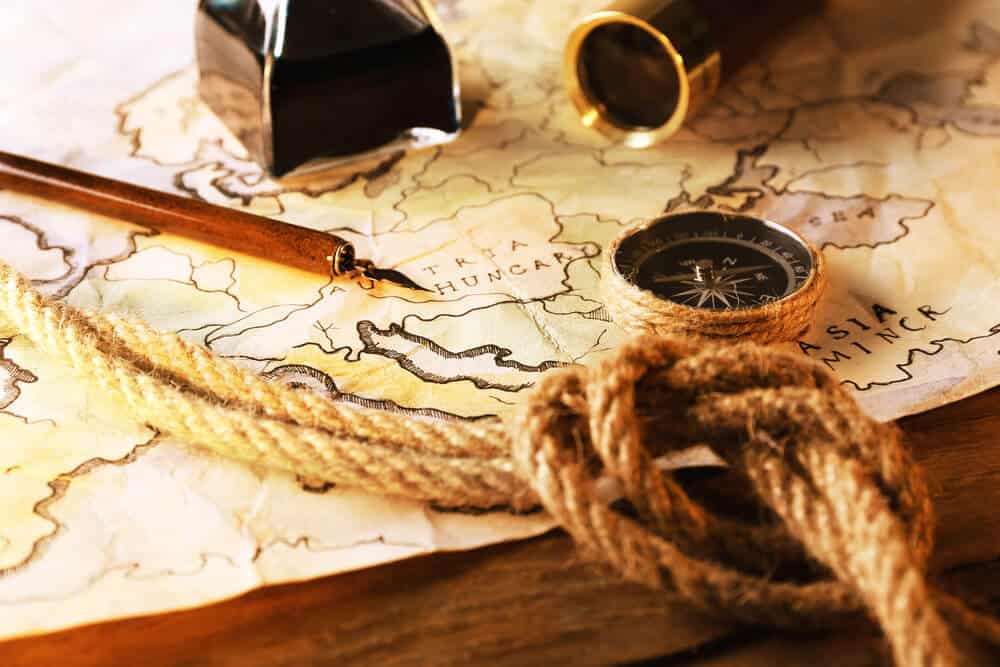 The history of rope is an epic adventure as rope has been a part of people’s life since the beginning of civilization. As a result, rope and rope making is significant to human development and expansion. From the creation of the pyramids to the building of suspension bridges, rope plays an integral role.

This critical invention has evolved across the globe and throughout history and is genuinely intriguing and notable. The process of rope making and the purpose of ropes are unique to each significant civilization.

How Old Is The Invention Of Rope?

The rope is likely as old as humankind itself, dating back to the days of the cave dwellers. However, despite its potential early beginnings, the oldest actual rope artifact found is only 8,000 years old.

Unfortunately, pinpointing the exact moment people began to twine rope is unrealistic because a complete archeological record does not exist as a rope is prone to decay and artifacts of string or fibrous materials are scarce. Therefore, the archeological record leans heavily on the implied use of rope rather than explicit evidence.

Danielle Macdonald, an archeologist, and materials analyst, explains it this way: “Stone and bone tools from the earliest years of human history survive, but the materials worked by those tools do not. Based on wear, tear, and microscopic records, we can infer what people were doing with those tools. For example, 300,000 year-old bone beads found in South Africa imply using some string/rope”.

Did Cavemen Invent and Make Rope?

There is no physical evidence the caveman invented and made rope as rope does deteriorate; however, early cave dwellers probably made rope.

For example, a discovery in the caves at Hohle Fels in Germany, shows three ivory artifacts carved precisely to create string and dates back 42,000 years. After experiments with a replica, archeologists found that by threading raw fibers through the rifted holes, the tool created four strong strands that made one strong rope when twisted together.

How The Cavemen Used Rope

Anthropologists hypothesize cave dwellers used rope to obtain food, maintain shelter, and weave clothing. A rope was critical for the cave dwellers of early history who relied on hunting and gathering for their survival. This information is assumed to be accurate as various ice age art depicts rope images such as tied packages, bows, and arrows.

The Ancient Egyptians and Rope

Egyptians mostly made rope from the papyrus plant growing along the Nile river. Papyrus is an aquatic plant that grows tall and looks like a reed plant you would find in a swamp. The Egyptians made large ropes from the entire stem of a papyrus plant, while they made smaller twine from the plant’s rind.

The technique used to make rope was to twist each fiber one way, then when adding another layer of fiber, they would twist the fiber the opposite way, twisting and counter twisting to create most of their ropes.

The Egyptians chose this technique for most ropes, with the difference being that the fiber length, diameter, and level of flexibility varied.

How The Ancient Egyptians Used Rope

Egyptians utilized rope for building, sailing, basket weaving, and surveying during this time. For example, thick papyrus ropes were placed over a rope roll to build the Pyramids of Giza.

This Egyptian pulley version allowed enslaved people to move and stack large limestones. Then in 2004, excavators unearthed a collection of twenty perfectly preserved papyrus ropes undisturbed for 4,000 years along an ancient harbor. The ropes indicate the Egyptians also used these ropes for sailing.

How Ancient Chinese Made Rope

In China, people frequently made ropes from bamboo fibers. For example, two workers in an elevated tower would hang bamboo strips then weave and twist the threads below. This unique rope-making approach may have been more necessary as bamboo fibers are less flexible. China also created the earliest known hemp ropes in 2800 BC and is credited with inventing the jump rope.

In Ancient China, the rope was an everyday necessity for building and sailing. In addition, the Chinese utilized rope for symbolic meaning. A Chinese knot is an art form in which a rope is tied or woven specifically to represent significant life events and ward off evil spirits. Each shape has a symbolic meaning.

The Chinese then invented jumping rope, and in the seventh century, jump roping became a performance piece during the celebration of the Chinese New Year. Interestingly, the Chinese word for rope, Shéngsuǒ, is similar to their spirit, divine, and life words, Jīngshén, Shénshèng de, Shēnghuó.

How Rope Was Made In Europe

The history of rope making reaches far in Europe’s history. Rope materials and methods vary from the Ancient Greeks in 700 B.C. through the middle ages in the 1500s, the exploration age, and the industrial period in the late 1700s.

in Ancient Greece and Rome, people often used three-strand ropes. The ropes were constructed with three anchored lengths of fibers, then twisted together and re-twisted in the opposing direction.

European Rope in the Middle Ages

Materials used in the middle ages varied but were created from natural fibers sourced from local plant life. For example, nettle, cedar, and milkweed fibers are commonly found in Viking rope.

European Rope during the Age of Exploration

The most notable process of rope making, rope walking, greatly expanded in the 1700s. The creation of permanent settlements and colonies across the oceans created a network of trade that would exponentially increase the need for a nautical rope.

Within the settlements, factories were constructed in bulk. The buildings were long and narrow, so the twisted rows of yarns and strands wouldn’t get tangled as laborers worked side by side to twist expansive ropes made of hemp, Cannabis sativa, from the Baltics.

European Rope During The Industrial Age

During the industrial ages, rope creation would become mechanized. Workers would still stretch and twist long lengths of rope, but they would use steam power to increase production.

In addition, with increased international trade and travel, a more extensive selection of materials could be used in making the rope. For example, grown in the Philippines, manilla fibers began to be used in European ropes.

Long hemp ropes, nearly 300 yards, would be loaded on ships and used daily for travel, trade, and exploration. Given the great lengths of rope necessary, it isn’t surprising that some claim Christopher Columbus had 15 miles of rope aboard the Santa Maria.

How Rope Was Made In North America

Ropes in North America would be made with the abundant fibers of various plants. While materials were more available in North America, creating rope remained the same, twisting and counter twisting fibers.

Rope-making practices expanded to the Americas during the Age of Exploration. In 1635, the first American ropewalk was founded in Salem, Massachusetts. Colonial ropewalks continued through the 1700s, following the same practices as their European counterparts in the making of rope.

Farmers would also make their hand twisted ropes out of flax, but these were notably less durable than ropes made by colonial ropewalks.

Henry Longfellow, an American poet, describes the process of rope making and rope walks in his articulate poem:

How Native Americans Made Rope

Native Americans were unique in their sourcing of material for rope making. For example, some Native American tribes chewed the hides of animals and sinew into strands, then twisted the strands into rope and used them as bowstrings. In the Great Lakes region, spruce roots twist strong ropes.

The fine ropes were used to stitch clothing, and the Native Americans would take the larger ropes to make and repair their canoes.

How Rope Was Made In South America

Rope making was a ceremonial and community event in the ancient Inca civilizations of South America. The process began with a collection of natural materials, including long grass, alpaca fibers, and leather.

Next, these materials were hand twisted into thin ropes, and then the ropes were twisted together to form the size of rope they required. Finally, the large ropes were braided intricately to create a strong cable.

How Rope Was Used In South America

The most notable and astounding use of rope in South America weaves through the rural Andes communities in Peru, the spectacular rope bridges of the Ancient Inca people. The Q’eswachaka rope bridge in Peru is re-weaved every year in the ancient tradition. The community gathers the natural fibers and local vegetation and hand weave the solid ropes for the repair.

In South America, people use rope called a Quipu for accounting and record-keeping. A Quipu is made of individual ropes joined by one main rope with a series of knots along each rope. Each knot represented a value or good. A Quipu reminds one of a macrame hanging.

How Has Rope Changed Over The Years – Summary

Made by hand, the earliest ropes were created from natural resources local to the people. Egyptians twisted ropes using water reed, papyrus, and leather.

Soon after, the Chinese designed ropes of hemp. Production and availability would widely increase as Europe sailed the seas.

In the mid-1900s, a rope was made synthetically. Nylon would replace natural fibers for increased durability and job-specificity.

In the latter half of the nineteenth century, ropes became an integral part of modern infrastructure with steel/wire materials. Suspension bridges, elevators, and mining would benefit. Finally, nylon, invented in 1930, would become the most frequently used material for ropes.

How Has Rope Making Changed – Summary

The tools necessary to create ropes have vastly improved throughout history. As a result, rope making has become far more productive and less labor-intensive.

The earliest rope tools were simple yet required grueling manual labor and twisting. Hand twisting ropes are now a thing of the past, and automated systems and machinery that require minimal work created the rope.

Check out our guide 4 Types of Paracord -How It Differs From Rope to see the technological advances that have occurred since the beginning of time.

Rope and string are the literal building blocks of significant advances in human history. Without a rope, the Egyptians couldn’t have built the pyramids, the Inca wouldn’t have traveled along rope bridges, and Europeans wouldn’t have discovered the Americas.

Rope is an everyday mundane material, its value quickly taken for granted in modern times, yet this simple invention powers the goods and services that run our world.

Shipping, docking, exercise cables, shoelaces, rope bridges, playground equipment, towing cables, bungee cords, or flying a flag, all these goods and tasks wouldn’t exist without ropes. Regardless of the material or process, rope remains an integral part of human history. 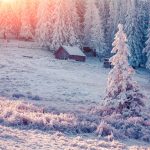 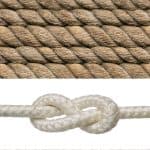 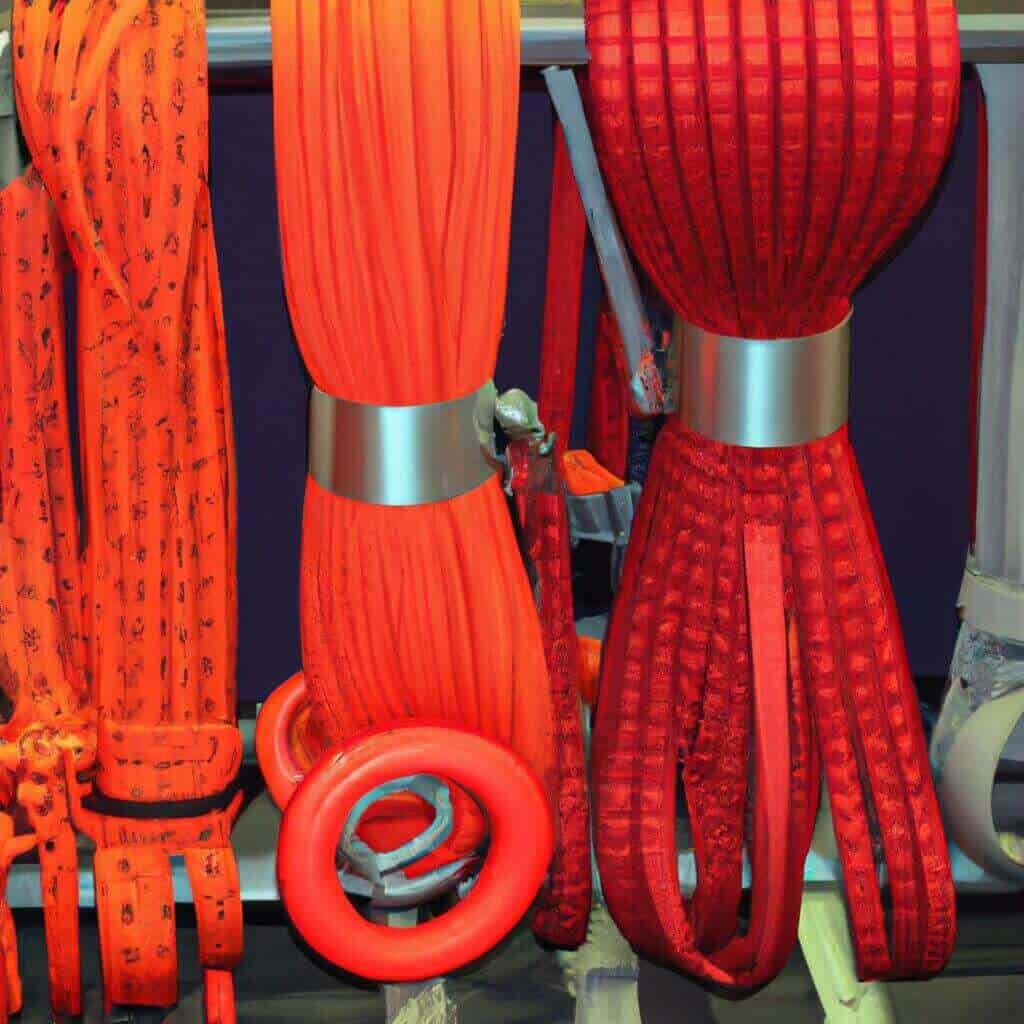 The name kinetic rope comes from the fact that kinetic energy is stored within the rope when it is under tension, providing an extra layer of strength. 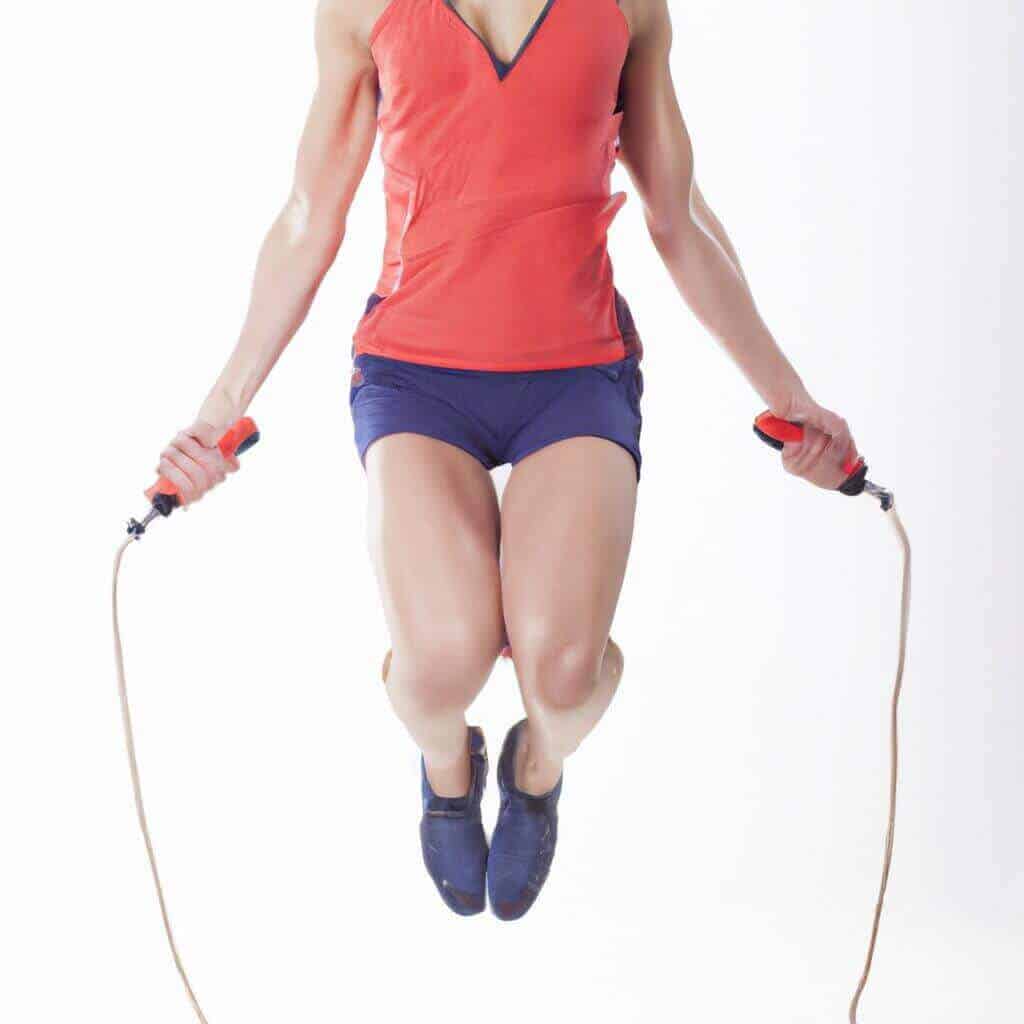 Jumping and skipping ropes come in different sizes, styles, materials and lengths and are made from several fibers or small ropes twisted and tied together. 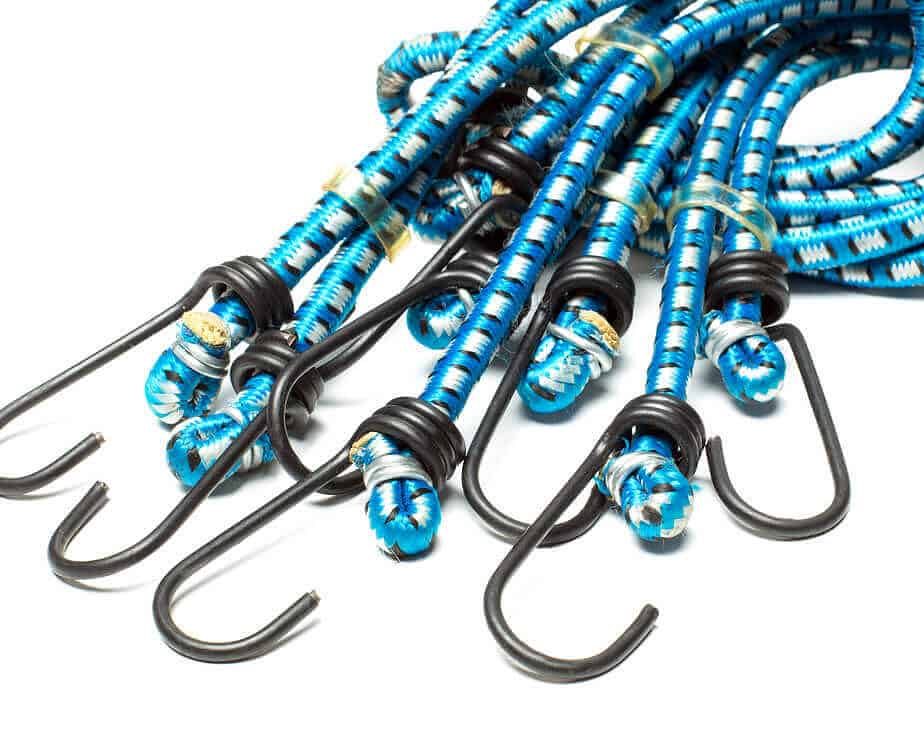 Bungee cords are ropes and are a versatile and affordable product used for various purposes.